Babajide Sanwo Olu biography talks about the life history of the Nigerian politician and businessman.

Babajide Olusola Sanwo-Olu is born June 25, 1965. He is a Nigerian Politician and the current Governor of Lagos State; he was elected under the platform of the All Progressives Congress after contesting and unexpectedly winning the governorship under the All Progressives Congress against incumbent governor, Akinwunmi Ambode of Lagos State in October 2018.

Sanwo Olu is a graduate of Unilag (University of Lagos), as well as the London Business School, Lagos Business School and the John F. Kennedy School of Government. Before his gubernatorial ambition, He was the Managing Director/CEO of Lagos State Property Development Corporation (LSPDC).

Sanwo-Olu has a BSc in Surveying and an MBA from the University of Lagos. He is an alumnus of the John F. Kennedy School of Government, the London Business School and the Lagos Business School

He is an associate member of the Chartered Institute of Personnel Management (CIPM) and Fellow of the Nigeria Institute of Training and Development (NITAD). 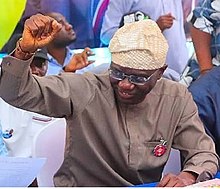 Between the period of 1994 to 1997, Babajide Olusola Sanwo-Olu was the treasurer at former Lead Merchant Bank after which he moved to the United Bank for Africa as the head of foreign money market.

He is a board member of the Department for International Development (DFID/DEEPEN) Fund and Audit Committee of Caverton Offshore Services Group, PLC. He was the chairman of Baywatch Group Limited and First Class Group Limited.

In 2003, Babajide Olusola Sanwo-Olu started his political career in 2003, when he was appointed a Special Adviser on Corporate Matters to the then deputy governor of Lagos State, Femi Pedro.

After the General Elections of 2007, Babajide Olusola Sanwo-Olu was appointed Commissioner for Establishments, Training and Pensions by Governor Babatunde Fashola.

His highly distinguished public sector achievements include the supervision of the Bureau of Public Enterprises (BPE) privatization projects.

He set up and was the Pioneer Board Chairman of Lagos Security Trust Fund. The LAGBUS System and the Control & Command Centre in Alausa were subsequently established under his directives.

Babajide Olusola Sanwo-Olu formally declared his intention to run for the office of the governor of Lagos State under the platform of the All Progressives Congress (APC) Party, making him a major contender to the incumbent governor Akinwunmi Ambode on On 16 September 2018.

He won the Lagos gubernatorial primaries of the All Progressives Congress (APC) on 2 October 2018. At the APC flag-off campaign rally held on 8 January 2019.

Mr. Babajide Sanwo-Olu was elected to the Office of Governor of Lagos State at the 2019 General elections for Lagos State which held on 9 March 2019.

He was sworn in as the 15th Governor of Lagos State at the Tafawa Balewa Square (TBS) Lagos Island on Wednesday May 29, 2019

Babajide Olusola Sanwo-Olu has obtained a variety of awards in his career, some of which include: 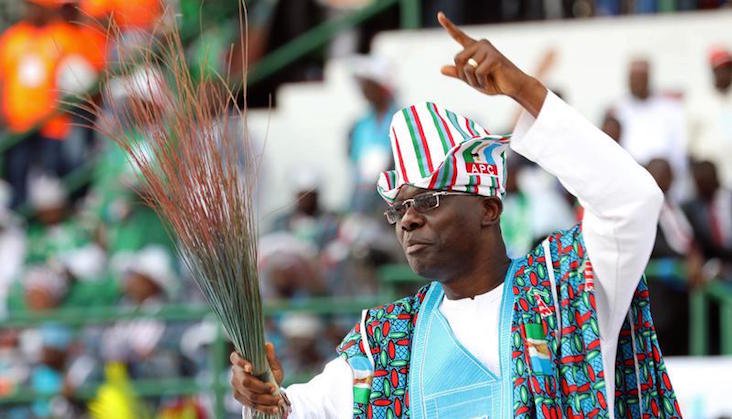 He is a devoted Christian and worships with the Mountain of Fire and Miracles Ministries.

Where is Sanwo Olu From?

Sanwo-Olu is a native of Lagos state.