You are here: Home / Nollywood Articles / Is Nollywood bigger than Bollywood? Find out!
ShareTweetGoogleWhatsappPinterestDiggLinkedinRedditStumbleuponTelegramFlipboard

That question- Is Nollywood bigger than Bollywood? have been asked for a long time since some major news outlet published that Nollywood has become the second largest industry in the world.

Since there are three major movie industries in the world and Nollywood is the second largest in the world, it mean one thing – Nigeria is either bigger than Hollywood or Bollywood. But which one?

Nollywood and Bollywood are well-known, one in Africa’s most populous country and the other in Asia’s second most populous country. They have impacted their cultures and brought not just employment to thousands of people but also foreign exchange to their countries. Both Nigeria and India have some of the highest immigrants abroad.

This article would try to see which of these two industry is bigger.

Is Nollywood bigger than Bollywood?

But first let’s delve into the two industries and see how they came to be among the top three movie industries in the world.

The Rise of Nollywood from Nothing

Prior to 1980 when the Hollywood was already booming with top actors, there was no equivalent in Nigeria. While Chinese, Indian, Japanese films were flooding Nigerian theatres, there were no Nigerian films that could compete against them.

This led the then military government to demand a handing over to indigenous company in the Indigenous Decree. This made Nigerians to start taking active roles in cinema establishments and acting.

This began to pay off with people like Ola Balogun and Moses Olaiya moving to the cinema industry. 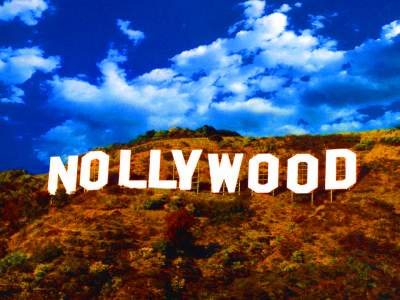 The real breakout happened when Kenneth Nnebue made a movie Living in Bondage in 1992. This movie sold hundreds of thousands of copies in a few days. The movie made producers realise the profitability of movie in Nigeria.

The late 90s and early 2000s saw the influx of professionals into the movie industry. With minimal support from the government the professionals went on to create an industry from nothing.

With backlash on the Nigerian movie industry by many experts on archaic storylines and substandard production, Nollywood has transform itself to become one of the world’s top movie’s industry. 30 Days in Atlanta, Half of a Yellow Sun and The Wedding Party 1 & 2 are some of the award winning movies that have come from Nollywood. More would still come- Is Nollywood bigger than Bollywood!

Bollywood has a long history that began in the early 1910s. Raja Harishchandra became the first movie made in India. Although silent, it opened the way for an industry that would go on to influence more than a billion people.

In just over two decade, India was making more than 200 film yearly. When Alam Ara, the first sound film in India hit the market it became a huge hit.

In the 1950s, Hindi movies were competing in the Palme d’Or at the Cannes Film Festival. Something that lasted into the 1960s with some Hindi movies winning major prizes. This period had popular actresses and actors like Sumitra Devi, Raj Kappor, Dilip Kumar, Meena Kumari, and Guru Dutt amongst others.

Guru Dutt later became a filmmaker who became known as one of the greatest Asian filmmakers of all time. He ranked No. 73 on the Sight & Sound critics and directors’ poll of greatest filmmakers.

With a little stagnation in theme creation, the progress stalled. But on its bouncing back like the Phoenix, Bollywood as it became known due to a portmanteau of the city “Bombay” and “Hollywood”, the centre of The United States movie industry, became one of the top movie industry in the world.

The industry has produced great actors and actresses that have become great people. With Aamir Khan leading Bollywood, the industry is surely on a greater path.

That is in total output in production. In the financial size, Bollywood is small compared to what Hollywood makes especially in blockbusters like Black Panther that grossed more than a billion dollars.

The highest grossing movie of all time in the Nollywood industry is Wedding Party N449 million which translate to about $1.25million.

That amount is meagre compared to Dangal, Bollywood’s highest grossing movie of all time which grossed $290million.

Nollywood’s is one of Nigeria’s greatest export to the world that many Americans of African heritage commit to watching it to take a glimpse into their culture. Nollywood has influenced young people in Africa.

Bollywood on the other hand has influence on a lot of countries, Nigeria inclusive. Many of their actors are known worldwide. For instance Aamir Khan who has acted in lot of Indian films is said to be the most influential actor as he has a cult following in the two most populous country in the world, China and India-Is Nollywood bigger than Bollywood!

Verdict on Is Nollywood bigger than Bollywood?

From all indications, it is clear that Bollywood have an edge over Nollywood. In both size, influence and finance Bollywood is bigger than Nollywood. Maybe Nollywood will get to that size that it can compete with Bollywood. But until then cheers to Bollywood.

Tag: Is Nollywood bigger than Bollywood?