You are here: Home / Biography / Olamide Biography and Net Worth [&More]
ShareTweetGoogleWhatsappPinterestDiggLinkedinRedditStumbleuponTelegramFlipboard

Olamide biography tells the story of the popular Nigerian singer.

Olamide Adedeji is a famously known Nigeria-songwriter and indigenous hip-hop rapper. He is well known as “Olamide Baddo”, “Baddo Sneh” or simply “Olamide”.

He started the YBNL Nation, an independent record label where a lot of Naija Music stars under its imprint. Olamide sings in his native language, Yoruba, and he is a rapper with lots of awards to his name.

Mercy Johnson Biography and Net Worth

Olamide Adedeji popularly known as Olamide Baddo, is a Nigerian hip hop recording artist. He was born in Bariga, Lagos State on the 15 March 1989.

His songs are mostly in Yoruba, his native tongue. In 2000, he decided to start recording songs. When asked why he chose music, he said: “I found out I was gifted in it so I had to explore it, it’s my life, my hustle, my world”. In 2010, he performed at The Hip Hop World Awards.

In 2011, he released his debut studio album Rapsodi while signed to Coded Tunes. YBNL, his follow-up album, was released under his label imprint YBNL Nation.

The album was supported by the singles “First of All”, “Voice of the Street”, “Stupid Love”, and “Ilefo Illuminati”. On 7 November 2013, he released his third studio album Baddest Guy Ever Liveth. The album’s singles include “Durosoke” and “Yemi My Lover”. On 17 July 2013, he became the first Nigerian to sign an endorsement deal with Cîroc. 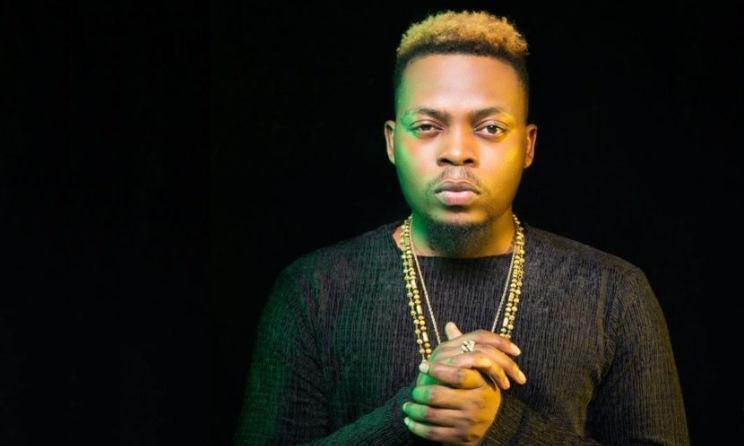 He studied at Tai Solarin University of Education.

His wife is his long-time girlfriend, Adebukunmi Aisha Suleiman.

He has a son by the name Batifeori Maximilliano Adedeji. Maximilliano was born on January 31st and is the first child of the rapper and his long term girlfriend Adebukunmi Aisha Suleiman.

The couple first kept the child’s preganancy lowkey but he made a huge announcement for their child’s naming ceremony which was attended by Lagos State Governor, Babatunde Fashola.

HAmongst his fleet of cars are a hummer Jeep and a Land Range Rover. 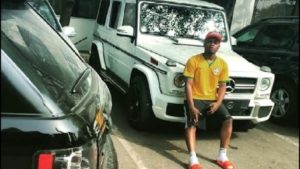 Baddosneh’s house, located in Lekki, is said to have cost him roughly ₦38Million.

Yahoo Boy No Laptop (YBNL) Nation Label is an independent record label founded in 2012 by Olamide Adedeji. The name is a slang referring to young boy making money with no illegal dealings. Currently, it has signed many artistes: Lil Kesh, Chinko Ekun, Adekunle Gold, D J Enimoney, Picazo, Temmi Ovwasa and many more. While the likes of Adekunle Gold, Lil Kesh have left, some are still under the label.

Olamide biography revealed that In 2016, it won the record label of the year in the City People Entertainment Award.

YBNL is the second studio album by Nigerian hip hop recording artist Olamide. The year 2012, Nivember to be precise witnessed the follow-up to his debut studio album, Rapsodi.

He has won several music awards in his career, including:-

Success Story And Other Achievements

Olamide has seen a lot in the Nigerian music industry. He has been so far been able to reach people with his songs both home and abroad.

Baddo’s fluency in Youruba has earned him a well-deserved popularity in Lagos and across Africa.

Olamide is currently estimated to worth $8.9 million (₦3.2 billion).

Hi top record label; YBNL is the source of income is his music, which has earned him mouth-watering deals with local and international brands, including CIROC, Guinness, Etisalat, Glo, among others.

He was in fact the first Nigerian singer to sing a deal to become a brand ambassador of the french vodka giant, CIROC.

YBNL has been a big hit. The music Label remains one of the biggest rivals to Mavin Records, which is owned by Don Jazzy.

Olamide is a regular recipient of Heddies Awards, Nigerian Entertainment Awards, among others.

For example, in his song Eyan Mayweather, he threw jabs at other rapers saying: No other Nigerian rapper has been able to shut down the whole of Eko Hotel in the name of a concert like he did.

Olamide’s approach to rap is sometimes considered controversial. He is fund of calling out other rappers and claiming he’s better than all of them.

His song, Story for the Gods, also received widespread criticisms for its revealing nature and the way the girls were flirty around each other, which is quite against Nigerian norms.

Olamide has, meanwhile, continued to flourish in the Nigerian music scene, and doesn’t look to be taking his legs off the pedals any time soon.

Olamide’s musical success has awarded him many opportunities to be endorsed as a brand ambassador to some top companies. Some of these brands are Hennessy, Etisalat ,Globacom, and many more.

For example, he became the first Nigerian rapper to sign an endorsement deal with Ciroc Ultra Premium Vodka, an alcoholic drink.

He joined international stars like Rick Ross, French Montana, Ray Jay and others as an ambassador for the brand in 2013 for millions of naira.

In 2017, he became the first brand ambassador for Sterling Bank, thereby becoming the second celebrity in music to be officially endorsed into the banking sector, after Ice Prince.

Also, Olamide became the brand ambassador for the Goldberg Lager beer in April 2019, joining Odunlade Adekola, a Nigerian Star in the movie industry.

Enough with Olamide biography and net worth? Kindly share with family and friends.