The pretty damsel was recently ranked the top-hunted teen actress in Nollywood, Regina Daniels has amassed for herself a large net worth at such an incredibly young age.

The post tells you almost everything about this girl: from Regina Daniels biography, net worth, car, family, movies, boyfriend and contact.

Regina Daniels born on 10th of October, 2001 is a Nigerian teen actress and film producer. She has acted alongside Nollywood vets such as Chinwe Owoh, Tonto Dikeh, Mercy Johnson, Ngozi Ezeonu, Yul Edochie, Kenneth Okonkwo and many others.

She attented the Hollywood International School Asaba, Delta State and as of 2018, she is reportedly a student at Igbinedion University. 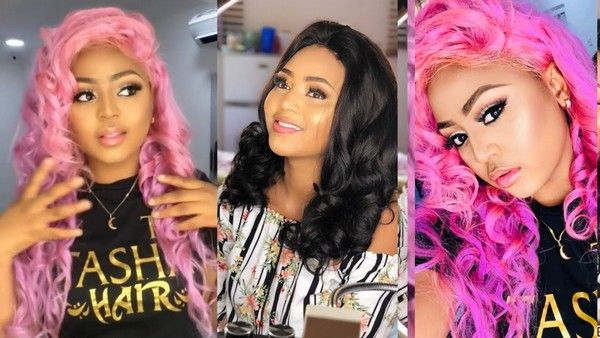 Her mother, with name Rita Daniels is an actress-turned politician. She is the chairperson of Actors Guild of Nigeria, Delta state chapter, (AGN).

Her politicalposition earned her the role of the majority leader and counsellor, Aniocha South Local Governemnet Area.

She is also the managing director of Last Point Resort; the CEO Reginal Daniels Children Foundation; the CEO, Chris Daniel Limited; an officer in Director Guild of Nigeria; and a producer. 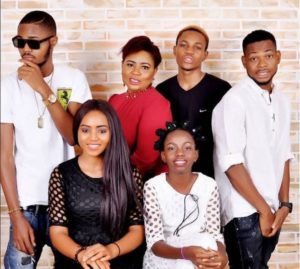 The two older brothers Lawrence and Samuel are working in the music industry while Ifeoma has got her small happy family. The youngest girl in the family Destiny is studying secondary school.

The mother of four wonderful children says that two of her children are in Nollywood, one is a musician while others are still in school. Speaking of her daughter, Regina, she says “my daughter has inherited the gift of acting from me and it was her childhood dream to become a movie star.”

Being the richest teen actress in Nigeria, Regina Daniels is totally able to buy lots of cars she wants.

But, because of her young age, she couldn’t “officially” drive her own car until she turned 18. That’s why you may not see her showing off several cars at home like other celebrities, but only one newly bough ride in 2018 which was a Lexus car.

It was a silver SUV from the luxury brand of Lexus to celebrate her admission into Igninedion University in Benin City. This can be considered her very first persobal car to welcome her tertiary education and adulthood.

The price of this brand new Lexus SUV is estimated at from ₦30 million to ₦60 million.

Before getting the brand new Lexus to drive by herself, Regina Daniels is picked up in various other luxury cars by her “Best” – the word she often uses to refer to her friends.

Aside these times, the teen actress has posed on countless other pictures with cool cars, ranging from Acura to Chevrolet.

No matter whose car are those, we know for sure they are rich and close to Regina Daniels when they let her sit on their car hood like this! 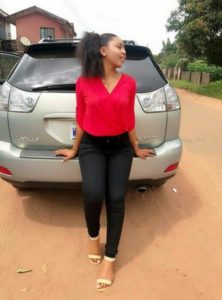 The new year has surprised a lot of fans. She has gotten for herself some amazing collection of luxury car fleet.

Within a couple of months into 2019, Regina Daniels bought lots of Mercedes:Benz with huge price tags.

Below are those brand new Regina Daniels’ cars in 2019! 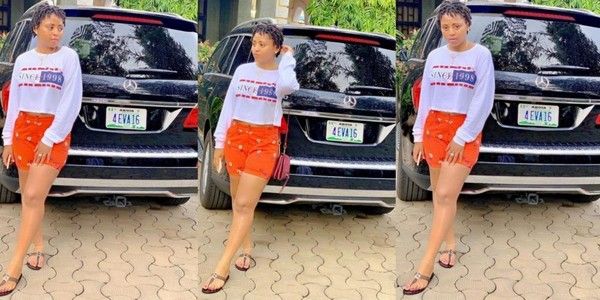 Another Benz baby was bought by the young actress within months

The most recent car model – a G-Wagon Brabus SUV

And the list isn’t stopping there, just a few days ago, the lucky actress got a gifted Mercedes Benz SUV from her husband. See it below!

She was gifted a Mercedes-Benz GL 450 in May

The car is definitely priced more than N40 million for the latest 2019 model. It is even installed a customized plate number “4EVA 16” which translates to “Forever sixteen”, specially designed for this sweet Nollywood girl.

Starting out at age 7 awarded her lots of experience and time. She has had to juggle between being an actress and studying.

Her love for knowledge is also highly commendable and she has sailed through issues with mayurity.

Regina made her debut in ‘Marriage of Sorrow’ and got about 10.000 Naira for her part in the movie. Except for this film, she took part in 9 more works. In 2 movies she worked as a producer.

How can Regina Daniels biography be complete without her contacts?

Because of her age, her contact details are not available to the public. But, you can reach her via her PR team through: [email protected]

Recently, she got married to the rich bysiness man in Nigeria who goes by the name Ned Nwoko. It is rumored that she got married to him for his money and nothing else. Daniels has not come open to comment on the issues alleged against her.

Nollywood actress Regina Daniels who recently got married to Nigerian billionaire Ned Nwoko has become a stepmother to a number of kids birthed by her husband. 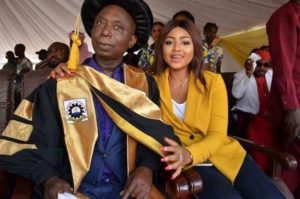 In an interview with the House of Maliq magazine , the actress revealed that she earns around N600,000 per movie as she was introduced into the movie industry at a very tender age by her mother.

House of Maliq also revealed her estimated net worth to be $350,000, Making her the richest teen actress in Nigeria.

The following is a selected list of films in which the actress has featured:

Dumebi in School
Python Girl
The Bat-Man
The Jericho

One time, the teenage Nollywood star, took to Instagram to share this bedroom photo with her boyfriend Somadina Adinma.

Now that she is married, here are some wedding pictures: