Interested in the great Apata, Teni biography? Find out real quick on why she is known as the entertainer and makanaki below:

BIRTH NAME : Teniola Apata
STAGE NAME : Teni, Teni the entertainer or Teni Makanaki
NET WORTH : $300,000 (as of the date of publication of this article)
DATE OF BIRTH: Born December 23, 1993

Teniola Apata is a Nigerian singer, drummer, songwriter and rapper with quite an amazing voice.

She is popularly known as Teni; this is her stage name and a name that has made her one of the fastest rising artists in the Nigerian musical world and she is making old Nigerian singers step up their game.

She is amongst the few spectacular artists in the Naija entertainment industry, and a lot of upcoming artists are looking up to her.

May I add that she is a comedian and a good one at that? Hahaha go watch her videos on IG!

Currently in 2019, she has become chubbier than before

Teniola Apata, a Nigerian singer, songwriter, drummer and rapper better known as Teni, Teni the entertainer or Teni Makanaki and has been described by a lot of persons as “the rock of songs”.

Magazines, journals, blogs, websites and newspapers has featured her already. One of them is a portal that had to describe the young singer – Pulse.NG.

The top Nigerian entertainment website described her as the fastest rising artist in Nigeria and I don’t think it is an exaggeration.

I still get shocked how some people don’t know so much or don’t know her at al. We shall be discussing Teni biography, date of birth, family, age, siblings, record label, father, mother, boyfriend, houses, cars and every other detail you need to know about her.

Teniola Apata who is famously recognized by her stage name Teni, Teni Makanaki or Teni the entertainer was born on the 1th of December, 1992 in Lagos state.

She first began her education at the Apata Memorial High School, from there she proceeded to American Inter-Continental University where she bagged a degree in Busines Administration and layed more focused on her music career. 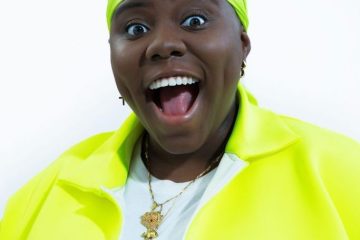 Career And Rise To Stardom

The biography of Teniola cannot be complete without her rise to stardom. Want to find out? Continue reading.

Teniola Apata aka, Teni the entertainer came to limelight with her freestyle on Instagram, but gained official recognition when her single, “Fargin” became an hit song.

Naso she take blow o! My brother can you imagine? Hustle oooo!

The song was immediately accepted by Nigerians home and away becaue of the powerful lyrics that accompany the songs.

Once her break-through became obvious, she was signed into  Shizzi’s Magic Fingers Records where she released her debut single, Amen but then signed to Osadolor Nate Asemota’s Dr. Dolor Entertainment in 2017.

After the release of her single, Fargin, in September 2017, she went on to release other big bits throughout 2018 including the top 10 singles, Case, Askamaya, and Uyo Meyo (which is a favorite of mine)  which is still rocking  air waves.

Teni the rock is a multiple award winning Nigerian musician. She won The Headies Awards Rookie of the year in May 018 and Nigerian Entertainment Awards Most Promising Act To Watch in November 2018.

The year after that couldn’t be more better. In January 2019, Teni won The Best New Artist at Soundcity MVP Awards Festival. As a song writer she has written a lot of songs for many Nigerian singers . She reportedly wrote the Davido’s hit single, ‘Like That.

Most of her song is doing great in the Nigerian music world and they always come with good visuals such as ‘Wait’, ‘Pareke’ and ‘Askamaya’ (visuals directed by award winning Paul Gambit).

Singles (In no particular order)

Songs for other artists

Other Faq Of Biography Of Teni

Yes. In fact, Niniola is the older sister of singer Teni.

Her only sister is Niniola

Her real name is Teniola Apata. However, she is better known as Teni, is a Nigerian singer, songwriter and entertainer.

Her mother is Iya Teni Apata

By birth, she is from Lagos but hails from Osun state.

Now that you know much about Teni biography, her father and networth. Kindly support us by sharing.