You are here: Home / Nigeria / Business / Top 10 Business Ideas In Africa To Make You A Millionaire In 2018
ShareTweetGoogleWhatsappPinterestDiggLinkedinRedditStumbleuponTelegramFlipboard

Today, on this countdown we examine the top 10 business ideas in Africa that are very likely to make more millionaires in 2018 and in many years to come. 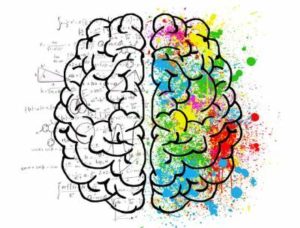 The genius combination of creative genius and entrepreneurial talent is increasing the visibility of African fashion to the the world and a new breed of designers are leveraging the continents rich cultures history and fabrics to make bold fashion statements.

The ADB(African Development Bank) estimates Africa’s fashion industry could be worth 15.5 billion dollars over the next five years. While this is huge it’s only a small share of the global fashion industry’s value of 1.3 trillion dollars despite its current challenges Africa’s fashion industry has the potential to create millions of jobs and significantly boost economic growth on the continent this is already happeningin countries like Mauritius Ethiopia and Lesotho where apparel exports are a major foreign exchange earner.

It’s the severity of the real estate deficit across Africa that makes it such an amazing multi-billion dollar business opportunity across the major segments of the real estate market. Residential office, spaces retail outlets and industrialand hospitality facilities are all in short supply thus creating an avenue for investors and developers to tap in and benefit from these underserved needs.

This is #3 on our top 10 business ideas in Africa.

Because Africa’s biggest food problem isn’t production. What is it then? It’s processing and food marketing. If Africa could process more of the food it produces, food waste will reduce, food supplies would be more stable and less seasonal and food prices would be less prone to wild swings.

For instance Nigeria is a leading producer of tomatoes in Africa however the country spends millions of dollars every year on importing processed tomato paste from China. The same situation applies to several other imported processed food products whose raw materials are abundantly produced in Africa but still imported from other countries.

pay TV with annual revenues estimated at over 4 billion dollars. Africa’s large population and its youthful population makes it a very attractive market for the pay TV industry. Africa’s growing internet love gave  rise to smartphone adoption and digital migration. These are the keys to grow pay TV market in Africa.

Transportation from urban to rural areas and vice versa is important in every community. That is the idea behind Yuba, a highly successful multinational ride-hailing business has recently opened the eyes of Africans to the big opportunities in Africa’s urban transport market.

Now present in 12 cities across the continent including Kampala, Nairobi,Rabat,Johannesburg Lagos and Cairo. Yubel has created a powerful platform for entrepreneurs and investors to reach the lucrative rewards of serving urban transport needs in Africa.

According to a recent World Bank study only one in three people in sub-saharan Africa has access to electricity and up to eighty percent of households on the continent use firewood and charcoal as a primary energy source for cooking endangering the continents fast depleting forest resources across the continent.

Companies such as m-kopa, solar off-grid, electric stem, echo-y empro energy in Ghana and several others are making lighting available to people without harming the health of people in Africa by using the power of the Sun and water to provide low-cost effective electricity to unconnected households.

Aproximately, Africa has less than one doctor per twenty thousand persons in countries like Tanzania and Ethiopia. The healthcare industry in Africa is in a ugly state.

As entrepreneurs across Africa are taking on these challenges by creating innovative digital healthcare solutions. These innovations which include tele-medicine and M-health applications are helping to free up congested health facilities from dealing with non life-threatening conditions so they can provide better care to patients who require more critical care. This is why this is #7 on our top 10 business ideas in Africa.

Sports betting is #8 top 10 business ideas in Africa . Betting on sport is definitely making a great wave in Africa as Africa lack of laws on betting is aiding it’s widespread. Use of mobile phones and increasing access to the Internet have reduced the barriers to enter this 350 million strong African market with a growing appetite for sports betting.

In July 2016, sport paisa the biggest sports betting business in East Africa became the first organisation in Kenya to sponsor an English Premier League football club after it signed a three-year deal with Hull City FC.

Africa a continent with a population of over 1 billion people of which about 60% are young people below the age of 25. Africa presents a great ground for its local film and music industry. The four biggest business opportunities in this industry are in film and music financing, production, distribution and exhibition.

With less than one cinema per million people, Africa is the most underserved cinema market in the world and in music the growing entrance of African music into the Western world is generating millions of dollars for stake
holders in this industry.

FinTech is one of the newest and fastest emerging industries in africa. As the name implies “Fin tech” involves the use of technology to support and enable banking and financial services making it easier,faster and cheaper to meet Africa’s underserved demand for financial services in many countries on the continent.

Access to financial services is very poor in most cases just about one in five adults has a bank account and most transactions are still done in cash but since the wild success of “M paisa” the revolutionary mobile money solution that has transformed financial services in East Africa several innovative vintage products and services have erupted across the continents.

Finally we come to the end of our top 10 business ideas in Africa. Hopefully, you’d decide to dive into any of these ASAP