You are here: Home / Biography / Zlatan Ibile Biography and Net Worth
ShareTweetGoogleWhatsappPinterestDiggLinkedinRedditStumbleuponTelegramFlipboard

The “Zanku Crooner” is a talented Nigerian musician and record producer. He is well known for making even the lame dance to his leg work.

Omoniyi Temidayo also known by his stage name “Zlatan Ibile” is a Nigerian based rapper, singer and a crowd puller.

The singer who never thought about making music, started all the way in the Church, where he plays the drums in cool ways.

After completing his secondary school education, he began to follow his friends to studio because of boredom and was  later influenced to become a singer .

His collaboration with Olamide in 2017 titled “My Body” was well-received throughout Nigeria.

Zlatan is a Yoruba man, was born and bred in the loving arms of Lagos city but a native of Osun state, part if Nigeria.

Zlatan Ibile is can no longer be tagged as an upcoming artist, when it comes to making good Music, he has been giving the baddest Nigerian singers a run for their money.

Zlatan puts an end to ShakuShaku sance reign with his newer-trendier invention of Zanku, also known as “Leg Work” dance and ever since then he has only become more popular with his hot leg work dance.

A lot of youths, old men, comedians and students alike vibes to his song and hit dance style. It was a amazing! Darn  it!

It is evident and beyond doubt, that he is quite talented, creative and is fast rising to becoming a force to reckon with in the Nigerian Music Industry with his amazing talent.

The singer who never thought about making music, started all the way in the Church, where he plays the drums in cool ways.

Once his secondary school education has been completed, he began to follow his friends to studio because of boredom and was later influenced to become a singer.

Ibile Kapaichumarimarichupako started his musical career as a rapper at the prestigious poly (now MAUTECH), where he won the rap competition organized by Airtel Nigeria and was gifted a car.

He bagged home the One Mic Campus Tour at an early age of 19, which witnessed an amazing performance in the grand finale from a future rising talent.

Being a youruba boy that he is, Zlatan Ibile raps mainly with the Nigerian Yoruba Language and is building a wide range of fan base at the moment.

He is also a performer, comedian, and dancer. He became more known for his part to Chinko Ekun’s “Able God”.

It was later in 2017 that he arose to limelight after the release of his street Jam  “My Body” featuring Olamide.

The song went viral after a dance video from Davido appeared on Instagram.

Zlatan became a household name with the release of their hit single “Zanku” Leg Work, which was accompanied by dance moves, the dance became viral and became a favorite of the street.

Ever since that moment, he has become one of the most talked-about character in Nigerian Music industry with a lot of good vibes and features to enjoy.

He has worked with artists of list A, including Davido, Olamide and Burna Boy. – Zlatan Ibile biography! 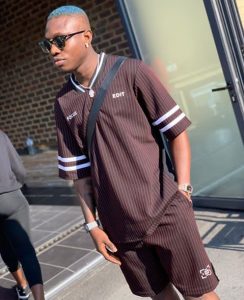 This is a tough one to call, as its not always simple to tell the actual worth of Nigerian singers.

However, Zlatan Ibile has been making good money from song performances and sales and he has also gotten himself some endorsement deals, so it is evident he is doing well.

Till we have reliable sources like Forbes ranking our celebrities, it is going to take a lot to tell how much they are actually worth.

Zlatan Ibile’s girlfriends name is Seyi Awonuga, who is the young CEO of Bang Mewsic Entertainment. Rumour has it that she is the one who signed Zlatan into her record label and she was there with him all through the time till he started becoming a sensation.

Seyi Awonuga was spotted in a video begging the EFCC to release her boyfriend, Zlatan, after his arrest alongside Naira Marley.

Zlatan Ibile all Songs and features

Wizkid Biography and Net Worth

Meaning Of The Word ‘Zanku’?

Ever wondered the meaning of the word ‘zanku’ which is the name of Zlatan’s street dance?

He is also known for saying ”Kapaichumarimarichopaco” which is his catch phrase in his songs.

Zlatan got a much needed boosted hype from Davido when he was still an upcoming artiste.

The DMW boss released a video of him dancing to Zlatan’s song titled ‘my body’.

The video clip automatically went viral,according to Zlatan he later sent Davido a thank you message after the clip generated over 1 million views. 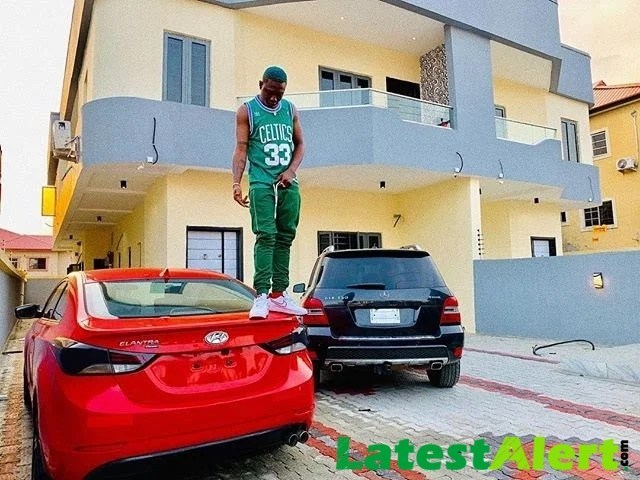 Zlatan Ibile biography cannot be complete without talking about his mobbing by segun wire and his arrest by EFCC.

If you enjoy entertainment, you must have heard of about Segun Wire and Zlatan.

The singer threw in an helping hand at the young internet sensation Segun Wire, but had to withdraw his support for him after a gang of men related to Segun Wire’s family attacked him because they believed that he is using him to make money for himself alone not caring about the young boy’s welfare.

The controversy began when Zlatan Ibile took charge of the internet sensation named Segun Wire with clear intentions to help him grow but things took the wrong turn and he had to forget about the cause.

Zlatan Ibile saw what no one else saw in the kid- a raw talent, and decided to render him assistance he needed then – by breeding him to maturity, but Segun’s family members were not in full support of it. Zlatan explained in all in an interview with Punch NG, he said;

“I don’t have much to say about the issue again because I have done what I needed to do. I have withdrawn my support.  I just wanted to help him, but my image was tarnished. I withdrew because I just felt it is high time I lived my own life. I am still a young boy; I have younger ones and parents too that need help. I have yet to get to where I want to be; so, I just want to focus on myself for now.”

The hot and quick rising vocalist was captured in Lagos on Friday, May 10, after another artist Afeez Fashola, otherwise called Naira Marley, Rahman Jago and two others was arrested.

The counter-crime unit officials have caught their workstations and telephones to lead crime scene investigation to decide their connection to cybercrime.

As indicated by the EFCC, Zlatan Ibile’s capture is regarding Marley’s announcements via web-based networking media which praises web fraudsters, referred to in Nigeria as ‘Yippee Boys.’ Days after the fact, the couple discharged a slamming single “Am I a yahoo kid” which promotes web extortion.

Zlatan Ibile and others were liberated on safeguard. However, they need to continue revealing at the EFCC’s Lagos office consistently, until the case is finished while Naira Marley is still in authority.

There you have it on this post – Zlatan Ibile Biography, Net worth, Age, Life History, Profile” I hope you found this piece helpful.