You are here: Home / Biography / Tiwa Savage Biography and Net Worth
ShareTweetGoogleWhatsappPinterestDiggLinkedinRedditStumbleuponTelegramFlipboard

Before we head on to Tiwa Savage biography and history, you must first know that she is first a Nigerian.

Tiwa is a Nigerian performer, songwriter, music artist, as well as an actress. She has signed recording and songwriting deals with some music companies including, Marvin Records (2012) – a company owned by Don Jazzy and currently with Sony/ATV Music Publishing.

In the year 2016 and month of June, Savage confirmed a management and publishing deal with Roc Nation via her social media page. Her soft voice and ability to incorporate the Nigerian dialect in most of her songs gained her tremendous popularity.

Bobrisky Net Worth and Biography

Tiwa Savage was born on the 5th of February 1980 in Ikeja, area of Lagos, Nigeria. At age 11, he parents moved to the United Kingdom and later the United States.

This provided her the opportunity to experience and grow up in various cultural setting.

Her love for music began a long time whilst being young. She became a trombone player in her high school’s orchestra band.

Although she didn’t pick up music immediately after graduating with a degree in Business administration from the University of Kent, she never quit dreaming of becoming a big star someday.

Savage began working at The Royal Bank of Scotland. However, she engaged in musical activities and lent vocals to fampus musicians such as Mary J. Blige, Kelly Clarkson, Andrea Bocelli, etc. She also performed on stage with artists like 50 Cent, Destiny’s Child, The Black Eyed Peas, Eminem, and many others.

To foster her passion for entertainment, Tiwa enrolled at Berklee College of Music and graduated with a degree in professional music at the age of 27.

Quite an achievement, right?

According to her, the passion and drive of the younger students she attended classes with, motivated her.

Amongst all of her media exposure is her active participation in the UK edition of the X Factor – this was while she was attending the aforementioned music school.

She made it into the final 24 before she was evicted at the final 12. Remembering the experience, Savage said, “it was a really painful time.” Yet the “Kele Kele Love” crooner continue working hard towards her goals.

However more than writing for other music producers, there was a burning desire for Tiwa Savage to step up her game and storm the limelight. Not in the US/UK, but on her fatherland.

And so Tiwa Savage biography and history begins.

Tiwa Savage bio revels that she was born Tiwatope Savage. She lived in Nigeria till she was 11 years old when her father and mother, Cecilia Savage, relocated to London.

Unlike most Nigerian kids, she had an healthy upbringing; grew up in a multicultural setting as a result of her migration from Nigeria to the United Kingdom, and from the UK to the US.

23rd November, 2013 witnessed the joining of the songstress and her former partner. The wedding was a traditional ceremony at the Ark in Lekki, Nigeria.

They then proceeded to hold a white wedding on 2014, in Dubai at the Armani Hotel. 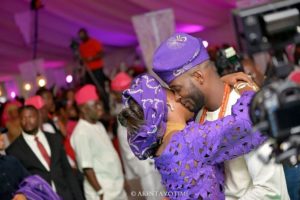 In 2013, Tiwa was married to Tee Billz also known as “Tunji Balogun”. They were blessed with a son together in 205 but their marriage was shortlived.

The marriage experienced its first crisis in 2016 as Tee billz made their issues public and wanted to commit suicide via an attempt to jump into the Third Mainland Bridge in Lagos.

He then went through rehabilitation by a seasoned lifestyle coach, Lanre Olusola. He even said: “The way I handle things now is completely different from how I acted in the past.” They seemed to be settling their differences before the estranged couple finally gave up on each other and filled for divorce. However, there are no reports on whether it has been finalized although the two are no longer together.

The Nigerian artist is a mother of one: a son with the name “Jamil Balogun”. Jamil was born on the 1st of January in 2015.

How Old Is Tiwa Savage Son

The Nigerian singer and Wizkid have been spotted on numerous occasions getting cosy together.

Wizkid, with real name Ayodeji Balogun is also a popular Nigerian and names one of the richest African musicians by Forbes.

They have not openly talked about their relationship but there have been speculations that the two might be in dating. 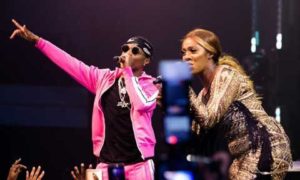 According to Forbes, the Nigerian songwriter and singer has a net worth which is estimated to be at a mark of 5 million dollars.

Her major source of income is music.

Tiwa’s height is not yet known to the public. Once this information is available, it will be updated as soon as possible.

Tiwa Savage featured on Reekado Banks single “Turn It Up”, which was produced by Don Jazzy. Under Marvin Records, she collaborated with Don Jazzy, Dr SID, D’Prince, Reekado Banks, Korede Bello and Di’Ja in the hit song “Dorobucci,” released on May 1, 2014.

During the 2014 MTV music award, Tiwa performed alongside Mafikizolo, Uhuru, Oskido  . Miguel, Flavour, Davido,  and Professor. She was also featured in Flavour’s song Oyi (Remix) which won the Channel O Music Video Awards as the Most Gifted R&B Music Video of the Year.

Tiwa Savage biography shows that Tiwa Savage has won a total 15 awards in the course of her musical career.

She won four music awards in 2011 alone. Below is the list:

“There is competition, but you just need to keep working hard and not give in to negative vibes.”

“Getting to where I am is not because I am the most talented singer, its just God’s grace,”

“Growing up, I didn’t see many brown skin women to look up to, we are changing the narrative now.”

“You are going to piss a lot of people off when you start doing what’s best for you.”

“If you keep tapping into God’s grace, it will take you farther than where your talent can take you.”