You are here: Home / Biography / Current Wizkid Biography and Net Worth
ShareTweetGoogleWhatsappPinterestDiggLinkedinRedditStumbleuponTelegramFlipboard

Last time we talked about Teni biography but today we are checking out Wizkid biography and networth.

Wizkid is a Nigerian songwriter and singer. He is one of the most successful commercial musical artistes from Nigeria in his time.

He began his music career at a rather very early age despite opposition from his family. He achieved a booming success at a tender age, and has collaborated with leading producers and artistes from Nigeria as well as UK, USA, and Canada.

He is labeled one of the richest African stars as named by the Forbes magazine. He has also been repeatedly named one of the fastest rising stars from Africa by the media.

He became top dog in music league scene back in 2009 after dropping out from university, and has been on a constant air rise ever since. Wizkid is worth roughly $22 Million. 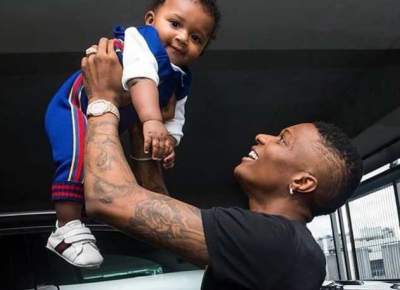 Networth: Wizkid is worth roughly $22 Million

According to Wizzybaby, his music career first started from the day he joined his church choir. Artistes like King Sunny Ade, Bob Marley, 2 Face Idibia, Sound sultan and Bob Marley were his early inspirations and inspired him to become a musician.

He credits Nigerian rapper Naeto C with coaching and guiding him when he was 15 years old.

From 2001 till 2006, he performed as a solo artist with the stage name ‘Lil Prinz.’ He formed a band called ‘Glorious Five’ with his friends from the church choir. They managed to release one studio album before disbanding.

He met record producer OJB Jezreel during his struggling days and he became his mentor. He became a regular visitor at Jezreel’s studio watching and learning from the recordings by artists like 2 Face Idibia and Sound Sultan. Jezreel advised him to stop recording for a year and learn by watching experienced artists.

Wizkid biography tells us that he dropped out from the university in 2009, he bagged a record deal with Empire Mates Entertainment (EME).

In the same year, he kickstarted his recording for his debut studio album with the stage name “Wizkid”, which translates to “Superstar”.

On January 2,2010, he dropped the lead single from the album titled “Holla at Your Boy”. On April 2, 2010, he released the second single, “Tease Me/Bad Guy”, from the album and the third single, ‘Don’t Dull,’ was released on December 6, 2010. The entire album was released on June 12, 2011, under the EME label. The songs in the album were in English and Yoruba languages.

A year after (2012), he signed an endorsement deal with pepsi, which was reportedly worthUS $350,000. In the same year he started working for his second studio album, ‘Ayo.’

The album was initially titled ‘Chosen’ but was later changed to ‘Ayo.’ The lead single of the album titled ‘Jaiye Jaiye’ was released on May 2, 2013, and featured Nigerian musician Femi Kuti. The album was released on September 6, 2014. It features guest appearances from artistes like Femi Kuti, Banky W, Seyi Shay, Phyno, Wale, Tyga, and Akon.

On March 5, 2013, he announced his decision to establish his own record label, ‘Star Boy Entertainment.’ In the same year he signed endorsement deals with mobile network MTN and beer company Guiness.

On January 5, 2015, he released the music video of the song, ‘Ojuelegba,’ from his album ‘Ayo.’ The remix version of the song features guest vocals by Canadian rapper Drake, and English rapper Skepta. In April 2015, he collaborated and performed with American singer Chris Brown on a song titled ‘African Bad Gyal’ at Brown’s concert in Durban, South Africa. In May 2015, he released a song titled ‘Expensive Shit’ and also announced plans to release an EP.

In 2016, he did guest vocals in Drake’s song ‘One Dance’ and was also involved in its writing and production. The song was a big hit and reached number one on the ‘Billboard US Hot 100’ chart on May 12, 2016. The song topped the charts in 15 countries making him Nigeria’s most successful pop artist. On June 5, 2016, he released the single ‘Like This’ on Drake’s OVO Radio. On July 14, 2017, he released his third album titled ‘Sounds from the Other Side’ on all digital platforms.

Quite a number of women have accused him of being father to their children, which he denied, but some have claimed to be true.

In 2011, ‘Nigerian Entertainment Today,’ (NET) after a thorough investigation, reported in its 22nd August edition, that he fathered his first child at the age of 21 and the name of the mother was Sola Ogudugu who was a college undergraduate student at the time.

He kept denying the claim for two years before accepting it in October 2013. In October 2013, he uploaded the picture of his two-year-old son, Boluwatife Balogun, on his Instagram account.

He also has two other sons, Zion Balogun and Ayodeji Balogun, from two different women and has expressed his desire to father a daughter after having 3 sons. All of the mothers of his children were underage ‘baby mothers’ when they became pregnant with his children.

According to Nolly.com.ng, Wizkid is worth roughly $22 Million. He was published as one of the Top 10 Richest/Bankable African Artists by Forbes and Channel O in 2013.

Wizkid has received several awards for his music both in Nigeria and overseas. The awards include:

Awards For his Songs

He owns a house in Lekki Mansion is said to be worth 70 Million naira. 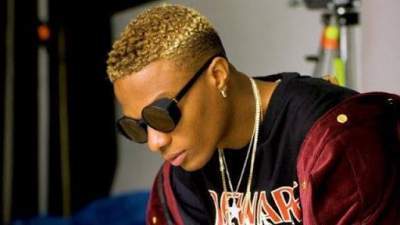 Now that we’ve learned enough o Wizkid biography and net worth, let’s go ahead to learn his quotes.

“We still have a lot of work to do as African artists to get more recognition in the U.K. and the U.S., but right now, definitely, we’re getting the recognition. The thing is, we have to earn it. Keep working. Stay working.”

“These are not dark days: these are great days – the greatest days of our country has ever lived.”

“Great and good are seldom the same man.”

“All you need is God, never forget.”

“Gratitude is a must.”

“I always dreamed of making it big.”

“You don’t have to wait until you are much older to be the best at something or to achieve your dreams.” – Wizkid biography and not networth

The father of Wizkid is Alhaji Muniru Olatunji Balogun

He is from Surulere, Lagos

Wizkid began his career in music when he was just 11 years old. His first record, Lil Prinz, was recorded in 2001 in collaboration with Glorious Five, a group consisting of Balogun and his friends from church.

Is it true that Tiwa is dating wizkid?

Tiwa Savage opens up on relationship with Wizkid. Mavin queen, Tiwa Savage has finally clarified that the relationship between them was not romantic in any way.Aug 19, 2018

No, Wizkid does not have a twin

Yes, he has. Sadly, he has dropped out of school too many times.

Wizkid is from Lagos

His family are middle class.

To add fuel to the fire, the ex-girlfriend of Wizkid, Tania Omotayo unfollowed Tiwa Savage on social media, and the singer unfollowed her back.Oct 30, 2018

Well, Davido and Wizkid net worth shows Davido is currently the richest between the two African and Nigerian superstars.

What’s Wizkid’s net worth? Putting all his assets and endorsement deals into consideration, Wizkid is said to command a net worth of roughly $22 million, according to several sources. If converted to naira, you’ll get an equivalence of ₦8 Billion based on 2019 exchange rates

Now that you finally know Wizkid biography and networth in 2019, kindly support us by sharing.